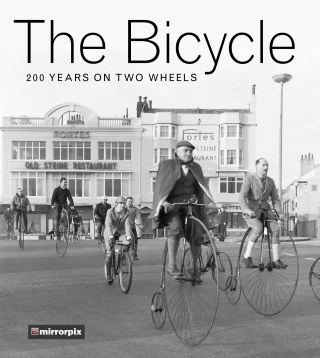 Baron Karl Drais introduced the first two-wheeled self-propelled vehicle in the summer of 1817, calling it the "dandy horse." Two hundred years later, that same concept has democratized travel like no other means of transportation, granting women new-found freedoms and offering ordinary people an affordable means of travel all over the world. The mechanically powered velocipede took off in the 1860s, followed by the iconic penny-farthing, but the golden age of cycling arrived with the late 19th century, as people relished the freedoms afforded by self-powered travel, and cycle touring became a popular pastime. Today cycling is a global phenomenon both in professional sporting and non-professional spheres. This book traces the bicycle's revolutionary 200-year story, from its important role in wartime to the high-tech age of the velodrome.